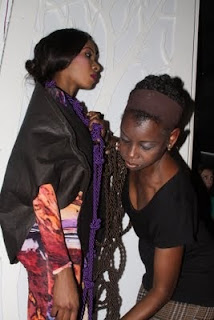 A TRIANGLE OF SIGNIFICANT EVENTS SPELLING BURNING ISSUES OF OUR TIMES

Recent days have been clouded with intense news of death, destruction and sadness. It is even strengthening the resolve of some of those who always moan that they hate watching news; that news is always bleak, dark and horrible. Truth is news is human reality...
This week a triangle of three major catastrophes form an axis between East Africa, Norway and London. The Norway corner is the most upsetting and surprising as it came out of the blue on Friday 22nd through the madness and determination of a white guy with very extreme views as those espoused by Al Queda and the like but from a different perspective.  Day after was death of the talented London musician Amy Winehouse while East Africa continue to loom in a famine that rekindle memories of the 1984 Ethiopian starvation. Are these awful events new? Hardly. 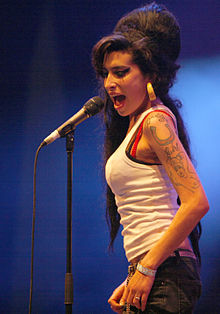 Amy Winehouse in action in 2007 (pic from Wikipedia)
A few months ago Japan experienced a terrible earthquake while freedom demonstrations erupted in the Middle East. Endless episodes; as continuous as our rotating earth. Nonstop.
<--more--!>
Read more »
Posted by makala zangu at 05:05 1 comment: 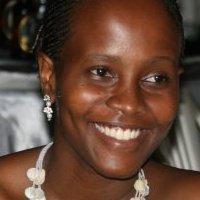 Their light hearted but in depth half hour chat was done by another London based Tanzanian  photographer, model and blogger, Jestina George and can be viewed  on You Tube.  Jestina is also presenter for Africans in London TV ...
As part of a group of Tanzanian MP’s in the highly publicised trip to the UK to sort out money from BAE systems, Mr Cheyo represents Bariadi East.

POWER AND ROT OF MEDIA: LESSONS FROM LONDON’S NEWS OF THE WORLD

I have met individuals who do not watch television or read newspapers. Others say media is a waste of time; that it is propaganda by those who own the world; control our minds and sell us stuff we don’t like.
Some say they admire former President Nyerere for delaying television in Tanzania.  For young people born post 1990, television is obvious but not us who grew up under Ujamaa and experienced television late.
A few days ago an old school mate visiting London touched on the same subject:
“Remember when we first saw television in Nairobi in 1971? At that time we hated Ujamaa and Nyerere. Now looking back the old man was right. How can a peasant living in a village thatch without enough food and electricity afford a television set?”
Yes. Arguments against television vary.
Powerful billionaire media chief, Rupert Mudoch
Read more »
Posted by makala zangu at 03:36 No comments:

HOW MISTREATMENT OF “WAZEE” DEMONSTRATES A VANISHING TRADITION AMONGST RICH SOCIETIES

While in Africa the issue of age is sacred; in most developed countries it is considered “just a number”, if we may paraphrase a common Mzungu expression. To demonstrate a growing cultural trend many celebrities are nowadays applying anti aging substances such as Botox treatment and creams to look younger.

Botulinum Toxin is a potent neuro toxin which may affect and even poison nerve cells. In past twenty years Botox or Dysport, (its commercial name) has been used cosmetically.  When you look at the faces of some celebrities who have taken these very expensive treatments you sense their smile is no longer natural; their facial muscles have been altered.
In December 2009, former Miss Argentina, Solange Magnano died due to a “gluteoplasty” procedure to change her buttocks. Early this year a 20 year old black British student died after receiving silicone injections to enlarge her buttocks.
The whole Botox phenomenon is connected to age psychology.

HAS NEOCOLONIALISM CONTRIBUTED IN MAKING US DISTRUST OUR LEADERS WHETHER GOOD OR BAD?

All languages and cultures have proverbs about leadership. One from Madagascar says: “When leaders are wise, so are the people.”

Good leadership is the most needed element in Africa today. Not only are our leaders mistrusted, they are either despots or total fools; a nice one is considered manna from heaven. Think of those who resigned peacefully like Leopold Senghor of Senegal, Mwalimu Nyerere and Mzee Mandela who represent African substance, humility, joy, wisdom.
A demo against Arms trade. Pic courtsey of Haki Ngowi Blog
During these past 500 years, history has seen our mysterious, rich continent being turned into a lucrative playing ground for foreign powers. Mandela’s South Africa was under whites for 400 years. Back then only ten percent of the population ruled 80% majority non whites. When Madiba left jail twenty years ago, we expected sweet revenge. It had happened in Mozambique in 1975, so why not? However, being the unique leader that he was and surrounded by spiritual geniuses like Bishop Desmond Tutu, he chose truth and reconciliation. Mandela aimed to heal rather than antagonise the four centuries scar.