LONDON 2012 OLYMPICS BUILD UP MEANS A LOT OF THINGS

It is not only animals who are normally on heat.
Trees too. No, that is a joke.
Cars. Yes, that is true. Cars and machines heat up. And so do big towns.   Since 2005 when London was chosen to host 2012 Olympic Games – the fourth largest city in the world has been on fire. Just a day after the announcement was made in Singapore, terrorists struck London with suicide bombers that left 52 dead. That was July 7th, 2005. 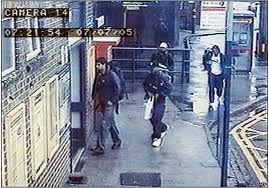 The would be suicide bombers caught on police cameras, moments before causing their brutal carnage. Pic courtesy of Martin Frost. Ws