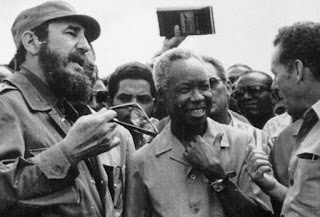 We live in a world of pairs. Two eyes. Duology.  Dark and light.
Fidel Castro’s  death at 90, proved this point. Even his funeral on Sunday,  has these two divergent views.
I was not living in the West when Fidel Castro was a big hero in Africa, over 40 years ago. I was not aware of how hated he was here. This week? So much “rubbishing” of his legacy continues pouring throughout the media. Even the American leaders have proved the twin view. President Obama acknowledged his influence while the new President Donald Trump called him a dictator.  Our earth has this endless, differing double outlook. 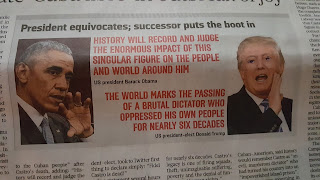 AMBASSADOR MIGIRO : CALM, ARTICULATE AND TO THE POINT 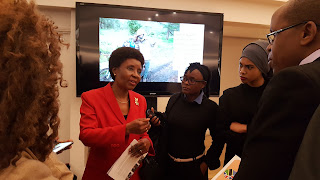 High Commissioner Migiro chats with some of the attendees

There are several angles to last Saturday’s event in London.
Number one is a  small circulating announcement promising the very first occasion to hear Dr. Asha Rose Migiro’s talk after being here for a few months. Dr Migiro would brief us on “current developments in Tanzania,” this as British Tanzania Society  chair Dr Andrew Coulson warned his audience, was a gigantic task. It is one year into the new Presidency, and “whatever you say will be of interest...you cannot go wrong,” the Birmingham University lecturer (who once taught at the University of Dar es Salaam and worked in the Ministry of Agriculture) said amidst laughter. 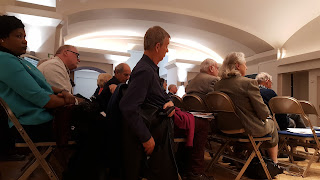 The other dynamic was the content of the attendees.
Read more »
Posted by makala zangu at 18:03 No comments: