THE SAGA OF WIKILEAKS NEWSMAN JULIAN ASSANGE IN LONDON

Ambling  through the affluent areas of South West London I find myself at the famous Harrods shopping complex. Harrods towers above me like an old, crafty crocodile; where millionaires, the wealthy and royal buy stuff. It was created in 1834 and had many owners including Egyptian businessman Al Fayed whose son, Dodi, perished with Princess Diana in 1997. Two years ago this biggest (shopping) establishment in UK was sold to Qatar Prime Minister, Hamad bin Jassim bin Jaber Al Thani. (What a long name!) it is said the cost was one and half billion pounds.
Woow... 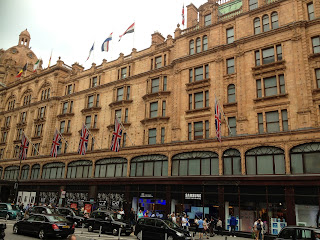 Harrods soars over me as I marvel its amazing architecture. Wazungu always score with their buildings. They keep them fresh and forever. Many years ago while touring (with a theatre group) in Vienna, Austria I was mesmerised  how ancient pretty buildings still dazzle the city.
Like Zanzibar’s Stone Town, perhaps? 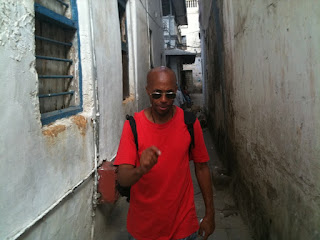