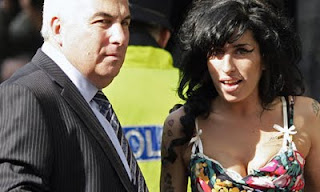 I am not an expert on the holy Quran.
However, words from Sura 2- The Cow (the oldest of the Medina Chapters said to have been revealed in April 622) may illuminate today’s topic about Ramadan.
“Oh believers! A fast is prescribed to you as it was prescribed to those before you, that ye may fear God.” 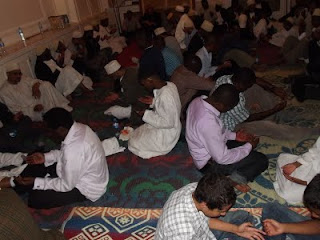 "Sala" or prayers during the Futari at the Embassy last week. Pic by Urban Pulse


Fear of God is one of the most revered words in all religions. And this fright was better elaborated by Sheikh Mohammed Nassor (of East London mosque) when closing a Futari dinner at the Tanzanian High Commission last Saturday.
Insisting on unity and love the esteemed Sheikh explained: “You should not fear God but rather stay closer to Him.” 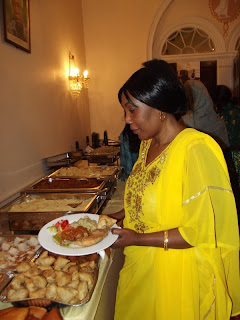 Discussions and conclusions continue to be drawn following the England riots a fortnight ago.  Prime Minister David Cameron promised war on “moral decay”, since majority mobsters were youths with low regard to law, authority and social values.  His critics are doubtful. Some say he and his ruling circle are “just talking.” Certain callers on London radio stations charge his leadership is “out of touch.” How can Etonian tutored elite know what “commoners” are feeling? 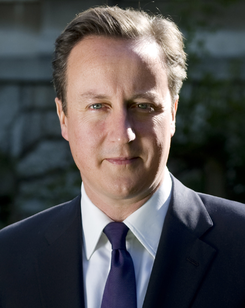 UK RIOTS AND LESSONS ON YOUTH, RESPONSIBILITY AND SOCIAL BEHAVIOUR

She says: “I am 29 years old and probably belong to the last generation of people who respect and fear authority.”
The broadcaster asks her to elaborate.
“Just observe the situation. Most of the youths that were breaking and looting are fearless. They don’t care. They know nothing will happen. No punishment.”
The conversation is one of the many ongoing public dialogues this week. Since riots began last Friday after the shooting of a young black man (Mark Duggan) in Tottenham north London, every day has been a thrill of discussions.
Leaders rushed from overseas  holidays , police were recalled from their off duties, media pundits  and almost every one has had something to say including the very youths who have been leading the “ burning  and looting” ( to paraphrase a Bob Marley song). 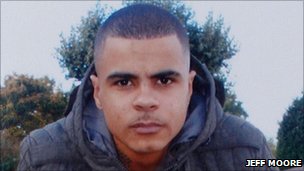 One of the questions thrown at our Foreign Minister and International Co-operation His Excellency, Bernard Membe during the London Diaspora conference in May came from a student. Amidst applause the UK based young fellow charged that money from the poor tax player is squandered by corrupt leaders who then send their children and families to foreign countries. 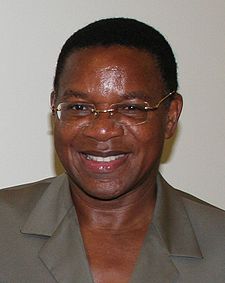 Mr Membe (above) started by asking if among present hundred plus delegates were any children of rich politicians.  No-one raised a finger. The Foreign Minister then explained that these days there is so much transparency involved in putting money overseas that it is getting harder for African leaders (or any leaders from other parts of the world) to stash millions in overseas banks like the old days. There was no further questions regarding the matter, but then grievances across the continent continue growing.