MARLEY FILM HAS AN EXTRAORDINARY MESSAGE ABOUT THE ETHIC OF WORK

On Monday, London’s “Telegraph” published an interview of British director, Kevin MacDonald by Florence Walters. Kevin MacDonald recently made a film on life of Jamaican musician, Bob Marley.  The movie is a masterpiece.

Well to start with in the last 31 years, I have watched many Bob Marley films, read numerous books, wrote several reviews and continue to sing some of his songs in my gigs. In the UK, “Three Little Birds” one of his simplest melodic tunes, is so popular in primary schools that whenever I play it I hear teachers singing along, loudly with pupils:
“Don’t worry about a thing
Every little thing is gonna be alright.” 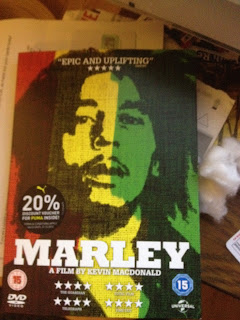 HOW MUCH DO YOU KNOW ABOUT DOGS AND SPANIELS?

The dog looked thin; extremely bony, his tail was tucked in, bent as though his spine was about to crack; a mere skeleton, yes he was a male dog; trembling and shivering.
I said to the owner:
“He must be feeling very cold.” 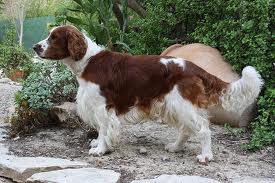 Spaniel are considered most intelligent dogs...Pic courtsey of Pet Wave...

October has just arrived (like an unexpected headache); London is turning viciously cold, lots of rain, winds and gales across the northern hemisphere. Summer, sunshine and Olympics seem to be sirens in the distance. So the man with the emaciated dog chuckled and smiled. He was elderly- a perfect English gentleman (always a pleasure to talk to)-with traditional respectful manners.
“He is not only cold, he is old, 15 years,” the man spoke with simplicity. He reminded me of former Mzungu teachers at Ilboru Secondary School. Those days we were allowed to worship unlike what was reported recently at the legendary Arusha school which I attended 40 years ago. 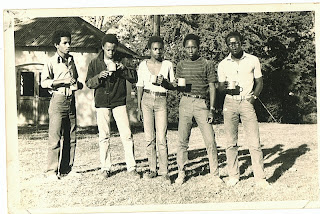 Me (second left) with The Gringos gang at Ilboru in 1972 during a late afternoon tea break. Others, from right, John Meciri (deceased), Barnabas "Bandido" Sengati (deceased, 1981), Tony Sarwatt (deceased, 2005) and Mohammed Miro (from Zanzibar).... Pic by Emmanuel Yuda