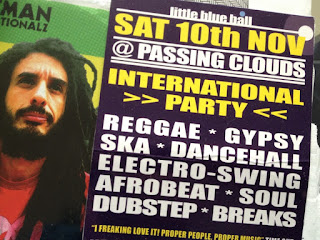 Flyer of this weekend's gig at Passing Clouds...


I was meeting a Jamaican friend who goes to Ethiopia and Tanzania regularly. He loves Africa which by itself is a pleasure. You know why? There is a feeling amongst us Africans that blacks from these parts of the world are not so keen on the motherland. We sold them as slaves to the whites and secondly, they have already settled here and do not need the continent any more.
Is that correct?

In the 1970’s when I was a teenager the motto was Black is beautiful and Africa is the motherland. Seeing African Americans on our East Africa streets created rainbow feelings.  They loved Africa, kissed airport tarmacs upon arrival.  We in turn tried copied and emulated their Afro hairstyles, walking gaits and clothes while they took Swahili and African names.
I used to have a friend who spoke English with a perfect African American accent; which was then considered high status -the epitome of black fashion.
It was all part of the mutual attraction. Started by Marcus Garvey, the legendary Jamaican journalist, ("the black Karl Marx"), at beginning of 20th century – back to Africa movement (repatriation) was as glorious as it is the idea of Kwenda Majuu – these days. Marcus Garvey played a big role in the consciousness of ex-slaves. He pioneered Pan Africanism and the image of our continent as a special place; unfortunately not many of us are aware of this man’s contribution.  He died in London in 1940. Most of past and present black leaders have been influenced by the teachings of Marcus Garvey (pictured below, courtesy of Wikipedia ). 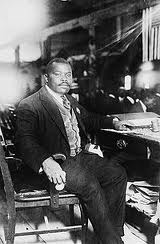 For the first time in our history many of us are beginning to doubt if Tanzania is going to keep up the tag of one of the most peaceful nations in Africa. Burning churches and inciting religious hatred is growing wings in this highly respected country.  Last weekend we were confronted with pictures of those appearing in court and most felt that they are being treated too softly. 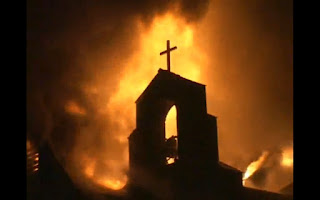 The latest chain of events in Zanzibar and Dar es Salaam raised widespread concerns overseas. Listen to some random views around London early this week.
“Things are not right, back home. Where are we heading to?”
“It’s been a roller coaster year. Doctors’ leader beaten up. Journalist brutally killed. His intestines dismembered for the world to see. Mwanza police chief shot. Zanzibar policeman shot. Now this...”
“Former President Mkapa did the right thing in 1998. Remember Mwembechai killings? He did not let rioters play games. He stamped things right away. Why is the present leadership letting things slip into a nightmare?”
And on the internet it was more explicit.
“Dar is like Syria now.”
<--more--!>