WHAT THE LEGENDARY ACTOR SIDNEY POITIER TAUGHT US

Well. The Bahamas born legendary actor, Sidney Poitier might not be familiar. He died last week aged 94. Poitier is among most significant black players of human history. We are speaking of Hollywood films, theatre and acting. Therefore anyone studying to be in that profession will surely stumble across Sidney Poitier's name. 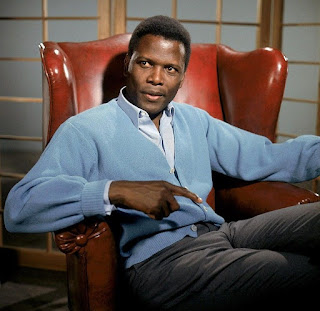 Listen to a description by New York based correspondent for London's Daily Mail, Tom Leonard :

“...Poitier was the first black leading man, a matinee idol, and usually the reason a film was made in the first place. He played intelligent, quietly spoken professional men-doctors, teacher and detectives- and after Poitier , Hollywood has never been the same.”

Let us begin by looking at this amazing statement. Alas, it is made by a white journalist. Normally for our black historical figures and stars, reviews would end in obscure black, regional or national newspapers. But we are speaking of mainstream Daily Mail. A newspaper with a certain reputation and bias and well, high quality writing. What does “first leading man...?” mean?

Hollywood has created a whole super culture. The reason we love dollars, guns, Coca-cola, MacDonald's, even fries (Chips in Swahili ) is mainly from watching Hollywood movies. Like rising Bollywood and Nollywood (Nigerian) films , the American entertainment tank of moving pictures' imagination has in the last 100 years, nourished and propagated Anglo American cultural values. To be a leading man in a Hollywood blockbuster , means, power.

If we take a look at the stars we know such as Scarlet Johansen, Meryl Streep, Denzel Washington, Spike Lee, Sylvester Stallone, Jack Nicholson, Elvis Presley, John Wayne, Marilyn Monroe, up to Humphrey Bogart and Charlie Chaplin (to name a few) they have made the global film industry tick. 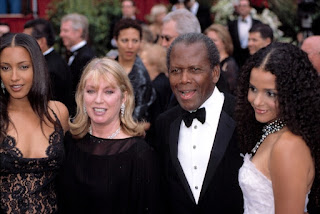 Prior to Sidney Poitier, (who immigrated to the USA from the Bahamas as a teenager) blacks were as good as donkeys. They were lynched, shot, and as actors only played doormen, servants, criminals and yes man , yes mum roles. By playing “leading” characters, Poitier not only changed that psychological house, bag and car, he was on the same level as John Wayne, the Borgats, and Marilyn Monroes. That is significant. And thanks to that we smile when we see Will Smith, and even grieve the death of the recent Panther star,Chadwick Boseman....who some younger readers know. But without Poitier opening doors over 60 years ago, we wouldn't be so enchanted with Boseman and Denzel Washington. There is a thread in all community actions. We all look up to our heroes, elders and follow them up. And Sidney was ( and is) that thick thread. Our hero.

By playing professionals, Poitier put a stamp in the history of us black people. Dignity and professionalism is one of the most highly valued attributes. Look at Mwalimu Nyerere, Nelson Mandela, Marcus Garvey, Thomas Sankara. These were dignified politicians.

Dignity accompanied Poitier's entire life. There were no scandals, drugs or debauchery (Ufisadi). That is a measure that some of actors like Denzel Washington and Idris Elba (London based) actually portray in 2022. Very inspiring for anyone growing up.

Writing a brief tribute for his friend on Instagram, the music producer, Quincy Jones (known for giving us Michael Jackson), insisted on Poitier's sense of nobility, too.

“Sidney had an aura of royalty and regalness about him unlike any that I have seen before and after. And I have known Counts and Dukes and Heads of State...”

Journalist Tom Leonard citation finishes by saying “Hollywood has never been the same.”

That is acknowledging how an individual changed things. In simple words this humble regal 94 year old revolutionised modern culture. Played a role.

At the height of the African and American struggles, in mid 1970s, Sidney Poitier and Harry Belafonte visited Tanzania.

Harry Belafonte (also aged 94) is a well known Jamaican born musician (check out his songs Matilda, Coconut, on You Tube), the two were kindred spirits. The safari to Dar es Salaam was well publicised. The Sunday News then even quoted the two brothers advising us not to drink liquids while eating. You end up messing your bowel system.

A significant feeding etiquette. And no wonder, both Belafonte and Poitier have lived that long. Of course there is the money, the luck , the positive outlook on life.

If you have never seen a Sidney Poitier film, now is your time. Check out Guess Who Is Coming to Dinner, In The Heat of The Night, Shooting to Kill and many others. You wont be disappointed.

May Poitier Rest in Peace.